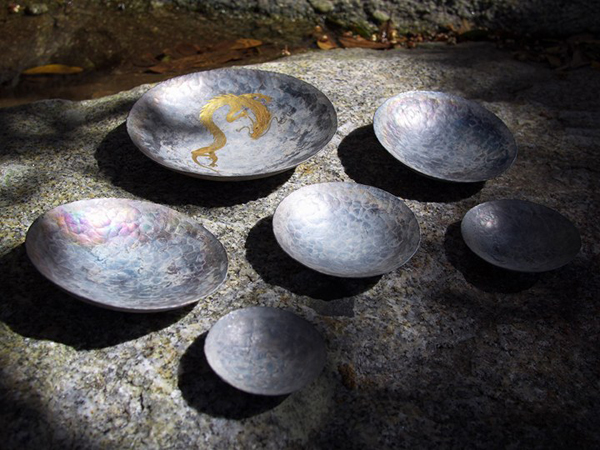 Crafted by the blacksmith Mr.Kawakami Tomoaki who lives in Ishikawa Japan.
This is a creation of new material and Japanese traditional craftsman ship.

After many processes of heating and hitting pure titanium.
Mr.Kawakami makes its shape into the musical plate. It is the same technique for making the swords of samurais at the Edo period.

One by one, it has different tone,contains rich overtones.

The tone is reminiscent of the sound of heavenly drops makes ripples on the surface of water.

Through the ages in Japan.
There’s been a feeling to enjoy the sound that comes out of the nature, such as flowing water and Shishi-odoshi (scare lion) in the garden, and wind chime at home.

That feeling is called Zen.
That you carefully listen and watch the nature,to find out your self in it.