Authentic instrumental music but the combination of the sound of the drone and the various strings also the pedals make it very unique.

An improvised performance by Paul Mahoux and Wataru Kousaka. 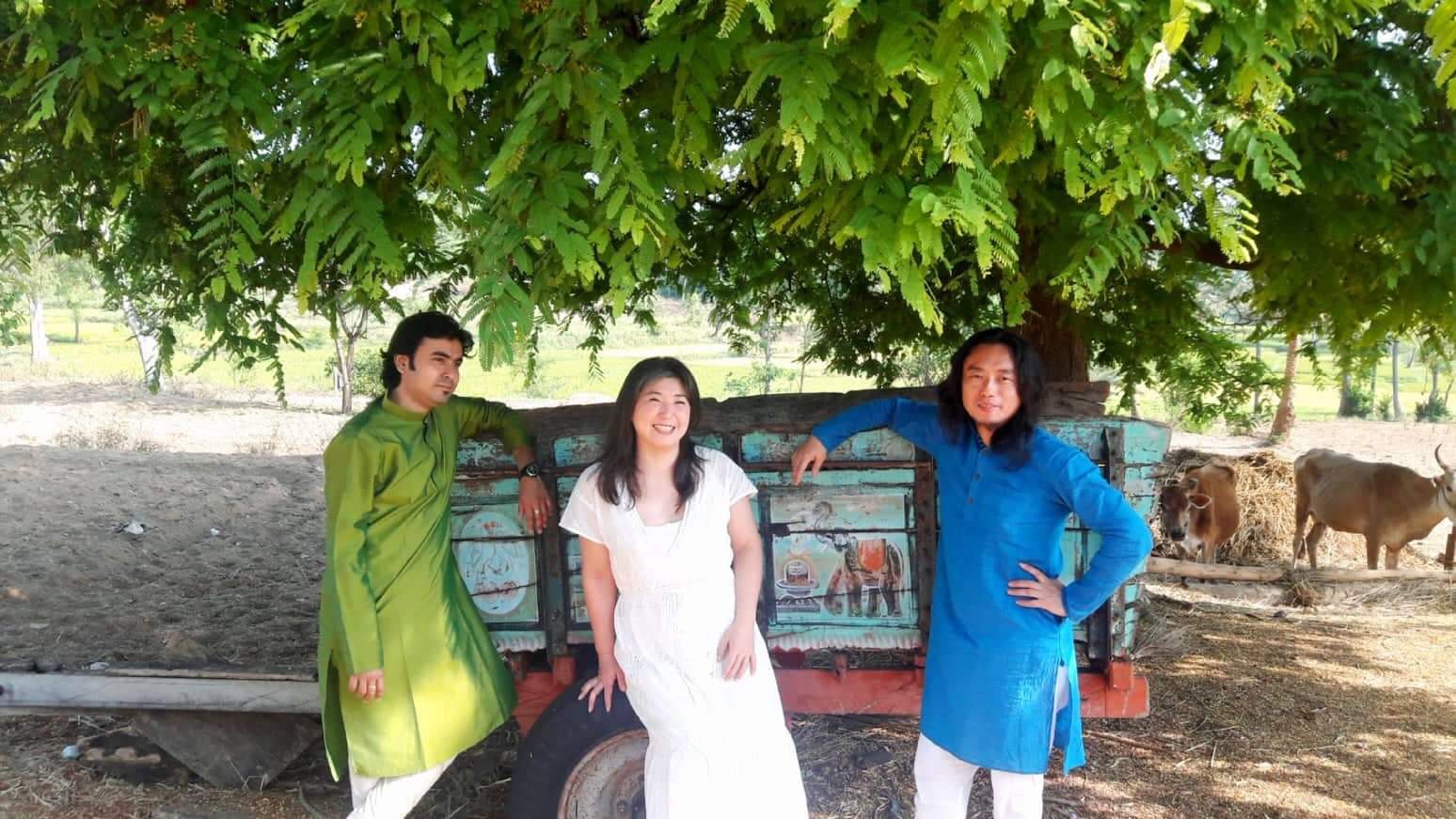 I met him in October 2015, at the yoga & music festival in Okinawa.
We performed together on the stage with many other musicians, I couldn’t see him from my side of the stage.
But, when I improvised the solo, his tabla got in like a lightning. 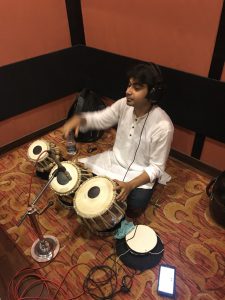 *Photograph of Arindam Chakravarty taken at the studio vibrations in Kolkata, during the recording of Omsenkyo project.

After the show, we went back to the hotel room where we shared. Satomi was also there so we played my compositions together just for us. It was a magical moment.

Then, after three years of preparation, we at last visited India to record several tunes with him.
It was very tight schedule, that we only had two days for the recording, but we managed six compositions. 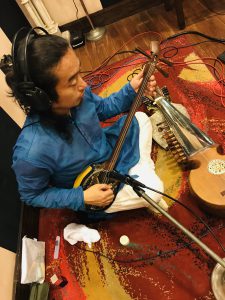 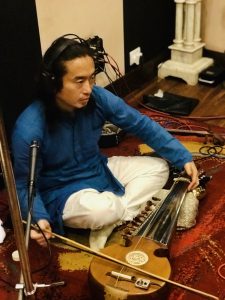 *I played sanshin and Esarod by both plucked and bowed. 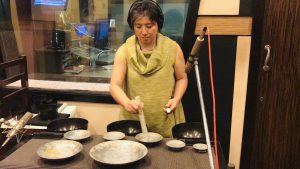 we are on the process, Omsenkyo project has just began!. 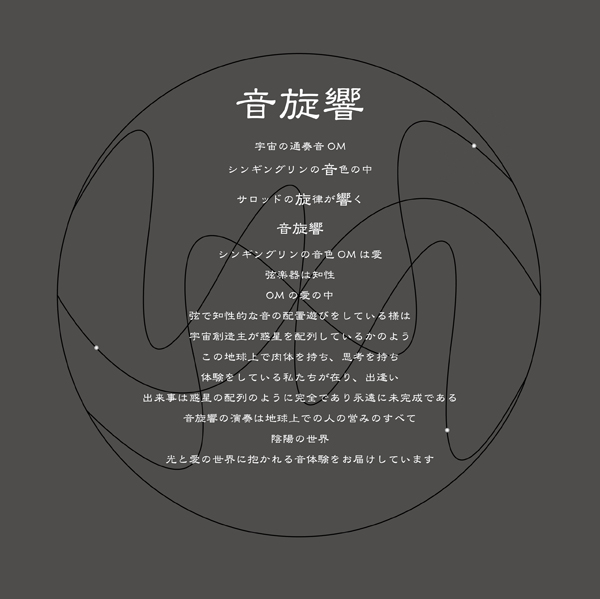 OM is the sound of the universe. The sound of love.
SEN is from Japanese word SENRITSU, which means simply a melody.
KYO means acoustic.

In the sound of singing-ring, the sound of Om. feel free to sympathize the emotions to the melodies without judgement.

No fear for any kind of emotion reflects in your mind, because when you observe it, it’ll become an acoustic wave to get back to the collective energy in the universe.

Let’ make a composition, to put each tone in the key.
Just like settling the planets in the space.

Omsenkyo, the sound of love.

Today.
I and my partner Satomi went to the conference in Tokyo.
To see Laura Hassler speaking.
She is the director of Musicians without Borders. 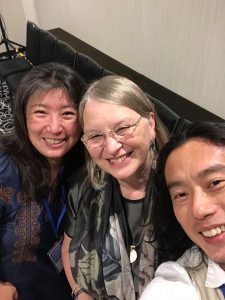 When we performed in Amsterdam in last June, there was a lady who decided to take our personal treatment after the show.Then she introduced us to The organization. She told me she liked our music and treatment very much. So I think she wants to share the experience.

However, it was a great timing for us to invite Laura for our private session this time. We offered her on the second day in Tokyo at the hotel in Shinjuku.

The treatment session by super rich over tone of the singing-ring and seamless melodies of the grand sarod of mine.
After body and mind got soaked in the calmness, Satomi starts quantum field tuning to get rid off the vibration of traumas and/or put the future vision.

Everyone just got into altered state of consciousness immediately in very positive way.
And totally loses sense of time during the session.

Today, she looked very fit and healthy even she had long flight from Amsterdam. And had worked hard everyday.

We also hope to make peace in the world with music. By concert and personal session. 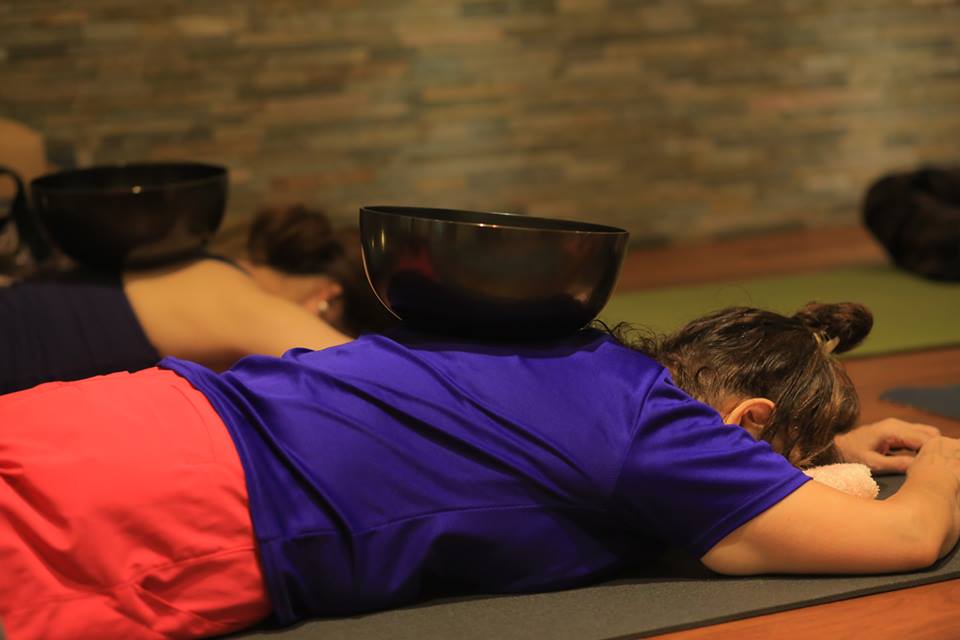 The sound of the singing-ring  helps you letting go of tension and leads you to the state of meditation naturally.

You will feel it with all the cells. 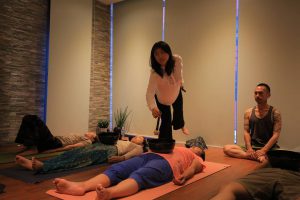 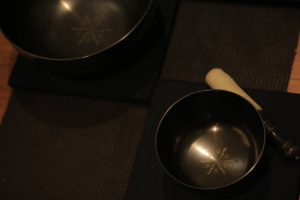 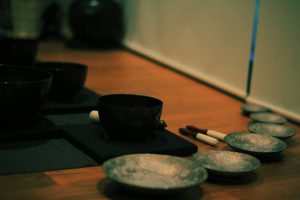 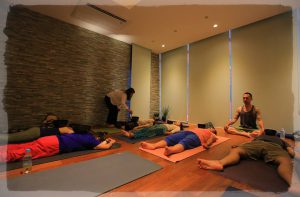 I play several musical instruments. Let’s say, I’ve been so much attracted by stringed instruments like Japanese shamisen, Okinawan sanshin, Indian sarod, guitar, Vietnamese mono cord, K’ny, Taisyo-goto and so on. I also work with the artisans to modify or make the instruments. The most favorite of mine is Esarod.

I couldn’t stop fixing an album when I got an idea. So, Ive had published more than thirty albums by my self in about a decade, don’t you think that’s quite big amount of numbers?. Well, from 2002 to 2012. I felt like sharing my ideas with each instrument. The instruments poked me and the ideas came up. I’ve traveled to see traditional instruments in Asia and Europe at some museums and shops. I’ve also often visited artisans.

Every time I see, I touch and play an instrument, it makes me feel so connected to the musicians in the history. If I play sarod, I can feel Indian musicians and artisans who dedicated their feelings to the music. When I play instruments such as K’ny and Dan Tre from Vietnam, I can imagine how Austronesian people traveled from Taiwan through Philippines to Vietnam.